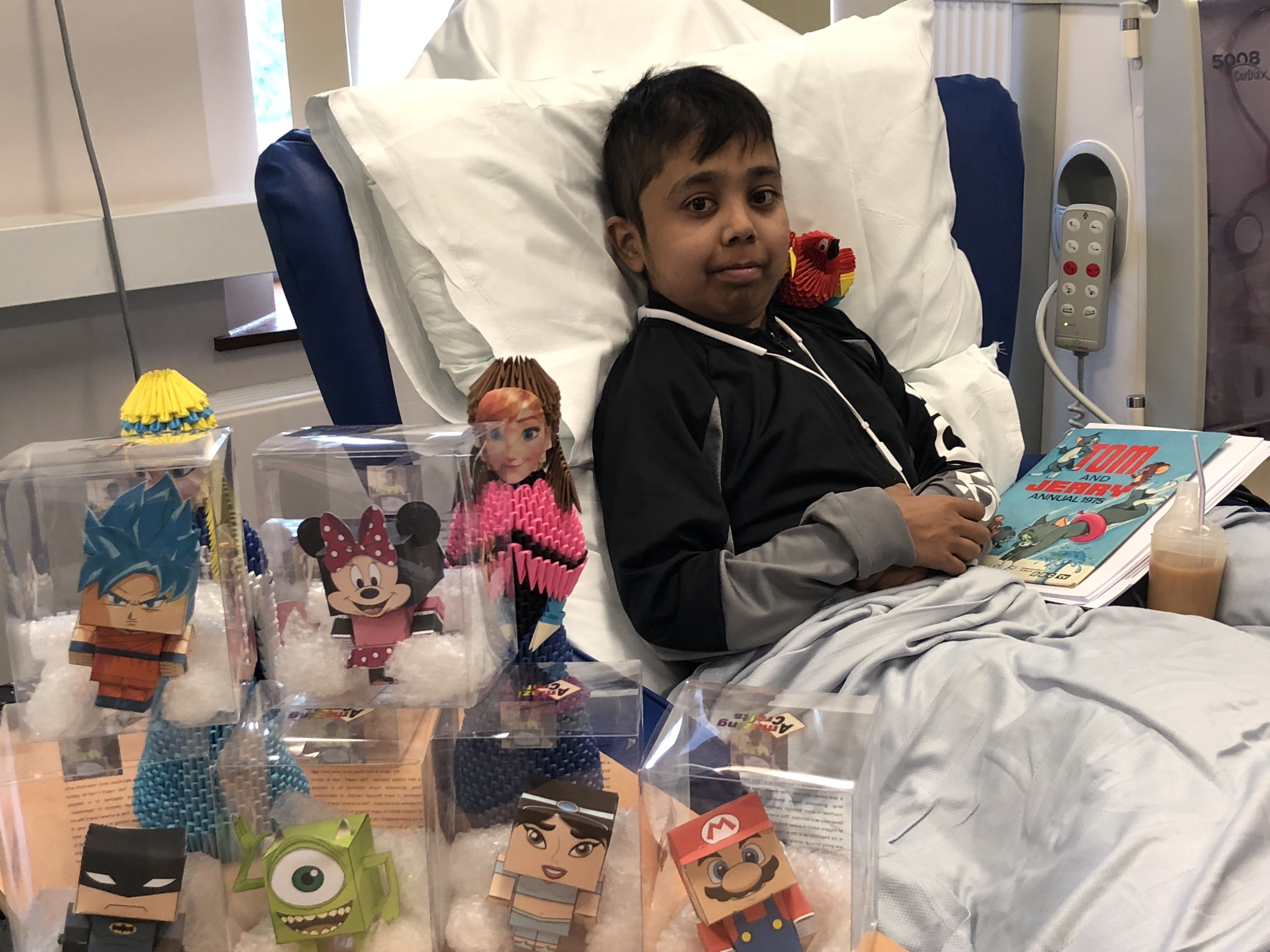 A young renal outpatient at Bradford Teaching Hospitals has used the time he’s spent receiving treatment to become an expert in the Japanese art of origami.

The former Shipley College student has spent a significant amount of time in hospital throughout his young life while battling the rare congenital nephrotic syndrome, which often leads to acute kidney failure.

But he has found comfort, a hobby and now a fledgling business in the ancient art of paper folding.

He said: “I had my first kidney transplant aged four in Leeds, which failed, and then a second aged eight, from my Dad, which was successful.

“It lasted for 15 years but then started to fail in March this year. I came back into hospital to have an AV graft fitted and have been having dialysis again since April. This summer, I also went back on the kidney transplant register.”

Aaqif, of Undercliffe, Bradford, first learnt the art of origami aged eight while recovering from his second kidney 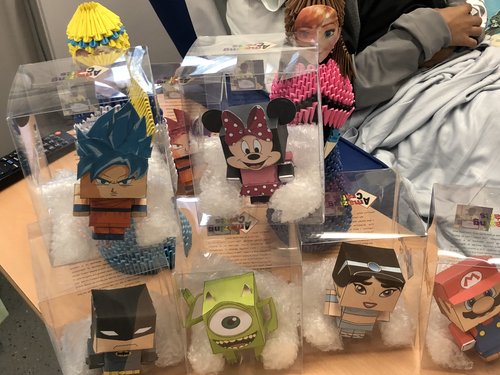 transplant. He has since gone on to master the complex skill of 3D origami, which sees practitioners use hundreds of sheets of paper to create striking sculptures without using a single drop of glue.

This branch of origami is made using multiple triangular units which are connected together to form a single design. Each triangle is made from a rectangular sheet of paper, and multiple colours and patterns are used to create more life-like models.

Aaqif has become so adept at the ancient artform that he has also set up his own business selling the models.

Paper parrots, frogs and penguins have all recently emerged from his fingertips, as well as models of fictional Hollywood heroes and heroines. But his main aim is to find a new kidney and then pass on his folding skills to children from throughout the district.

“If anyone out there is willing to donate a kidney, we all really need one,” he added. “If you get a kidney you can do so much more with your life. It’s not ideal if you are stuck to a dialysis machine three times a week as after you’ve been to dialysis most of your day is gone. 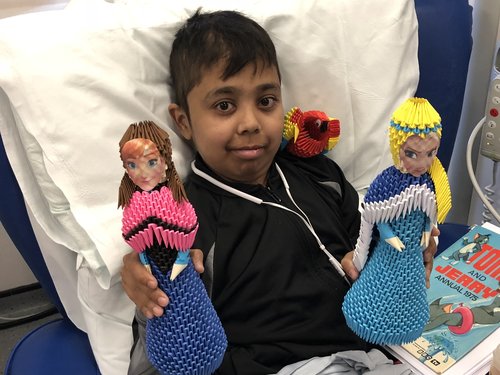 “But what I really want to do is teach young people and people in similar situations to me how to do origami. I’d love to teach children from youth centres and after-school clubs.

“I really like origami because it’s really creative and keeps your mind off things. It’s great to be able to create 3D models from flat pieces of paper.”

Aaqif often practises his skills while receiving dialysis three times a week at the dialysis unit, and recently presented ward clerk Maureen Cain with a giant swan to say thank you for her support.

She said: “I was absolutely blown away by it. I couldn’t believe how clever it was. He is very talented and we are so proud of him!”

Find out more about transplantation

Find out more about organ donation and transplantation