Ryan Whent, 27, from Colchester, is planning to run the Virgin Money London Marathon in April this year in honour of his mother Abi. 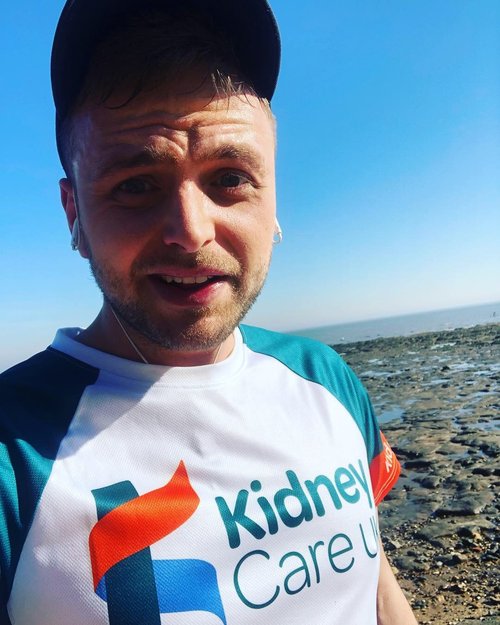 Abi was diagnosed with kidney failure out of the blue and needed dialysis before she was able to have a transplant. Ultimately Ryan’s Uncle Adam donated a kidney to Abi and saved her life, however a transplant is a treatment, not a cure for kidney disease and Abi will be on medication for the rest of her life.

Ryan comments: “I can remember vividly how scary it was at the time, so after losing over four stone and quitting smoking I feel this is my time to run the marathon and honour my mum and uncle whilst raising as much money as possible for such a good cause. We were fortunate that there was a match in the family and my mum could have her transplant but so many kidney patients aren’t as lucky.”

Ryan adds: “Whilst my mum went through dialysis, she was away from home in the evenings and always tired, she just couldn’t do the things she was able to do before however hard she tried. It changed the whole dynamic of the family and it goes to show what an impact kidney disease has not just on the person who has it but on the whole family. I know how it affected me but I can’t even begin to image how mum felt and I am blown away by how much strength she has. She’s our hero, as is Adam.”

Robert Hope, Head of Fundraising at Kidney Care UK, adds: “As a charity we receive no government funding so we rely on the kind generosity of supporters like Ryan. It’s inspiring to see how much work Ryan has put into training and preparing for the marathon and we’ll be there supporting him every single step of the way.”

Ryan hopes to raise £2,000 for Kidney Care UK. You can sponsor him at his Virgin Money Giving page