Should England follow Scotland and Wales in moving to an opt-out system of organ donation?

There has been a lot of media coverage over the last few months about the system of organ donation throughout the UK. Wales has an opt-out (or presumed consent) system which means that everyone is presumed to be happy to donate their organs unless they opt out of doing so. Scotland have recently announced plans to bring forward legislation to change to the same system there, as have the Republic of Ireland. But England remains opt-in (where you have to choose to donate your organs thereby signing the organ donor register). Scotland and Wales had public consultations before moving to change the law, and in Scotland 82% of people were in favour.

Earlier this year the British Medical Association ran a survey which highlighted that 66% of respondents were in favour. So why has there never been a consultation on presumed consent in England? The Prime Minister’s official deputy spokeswoman told the Daily Mirror in June that they are “keeping a close eye on how the changes in Wales and Scotland are affecting donation rates in considering whether we would change our policy.”

An opt-out system could result in more potential donors, but it’s important to note that the family will always be involved in all discussions about donation. So whether or not you are keen to donate your organs or if it’s just something that you do not want to do, for whatever reason – it is so important to tell your family what your wishes are. Around 63% of families provide authorisation for their loved ones to be transplanted, and the UK has one of the lowest consent rates in Europe.

If we are to increase that 63% figure to 80% (as NHSBT aim to do by 2020) then we need to encourage people to talk. We appreciate that it is an area some people do feel uncomfortable talking about which is why we want the Government to hold a public consultation to find out what people in England really think; just like they did in Wales and Scotland. Until then, you can make a difference yourself by having the chat with your family so they know what you want. 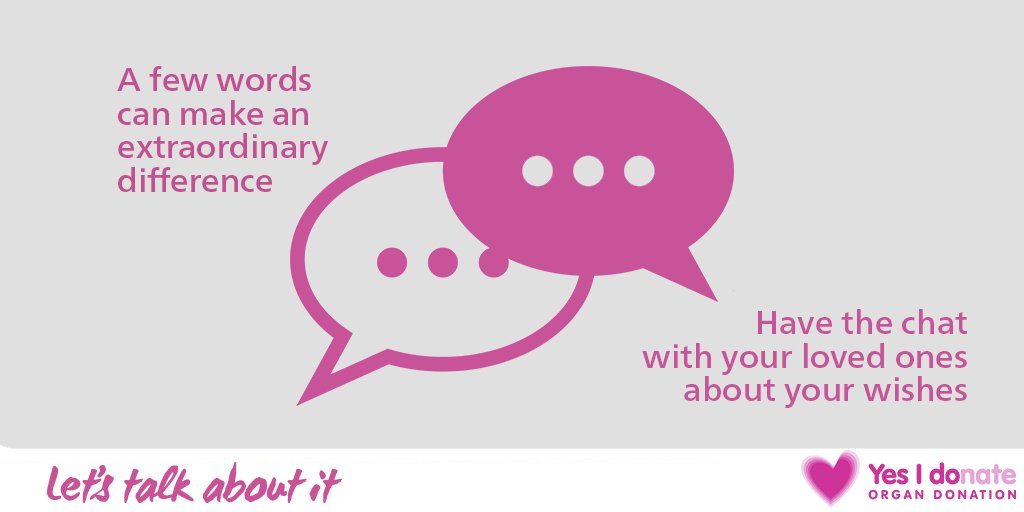