Hope that the Bill could become law in the near future

The Organ Donation (Deemed Consent) bill has now passed the Committee and Report Stages in the House of Lords, which means that it’s very close to becoming law. The Committee Stage itself featured a healthy debate into organ donation, the importance of education and an awareness raising campaign about the change in the law. The Report Stage was brief and to the point – as there were no amendments the bill can now move forward to its final reading.

There is hope that the bill could become law in the next few months, and will be named Max and Keira’s Law in honour of two children  who have been bound together by the power of organ donation; Keira Ball’s heart was donated by her parents last year, saving Max Johnson’s life. 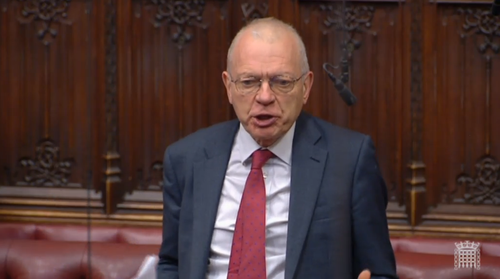 Fiona Loud, Policy Director for Kidney Care UK, who attended the reading today, added: “We’re delighted that Parliament has continued to show its support for the Organ Donation (Deemed Consent) Bill, reflecting strong public support for it. As we get closer to the Bill becoming law this brings hope for kidney patients in England. The new law has the potential to save many lives and is a positive step towards reducing the number of people who die every day waiting for a transplant.”

You can see the latest progress of the bill on the Parliament website.