Commenting Fiona Loud, Policy Director at Kidney Care UK said: “We were delighted to have an extremely productive and positive meeting with Minister Swann and his team and welcome the commitment to move forward to a Soft Opt-Out system for Organ Donation in Northern Ireland.

“This approach, which has the potential to save many lives, is a step in the right direction to help reduce the number of people who die whilst waiting for a transplant.  It will bring Northern Ireland into line with all other countries in the UK, as well as with the direction of travel in the Republic of Ireland.

“Just as we did when this law was progressing in England we will be pressing for the right level of resources to be put in place to provide for a full and all encompassing public education system. This will ensure that people understand the change in the law and how it can transform lives and provide renewed hope to those waiting on a transplant.’

The opt-out system means that a person is presumed to be an organ donor unless they choose to opt out in life, or their family is aware of a reason why someone does not want to become a donor. Wales and England have already adopted this system, and Scotland intends to do the same in Spring 2021.

“I thank Minister Swann for his support and for taking steps to progress this new legislation which follows in the footsteps of my Private Members Bill just five years ago.

“To hear his commitment to advance Soft Opt-Out legislation, and importantly for this to be progressing from the Department of Health, is very encouraging and will form the now final and hugely significant piece of the Soft Opt-Out jigsaw across the British Isles.

“Organ Donation is an issue which has and will always remain close to my heart and I am delighted that we have a Health Minister in Northern Ireland who has taken it to his own.

“Changing the law and backing it up with a full public awareness campaign will increase the chances of receiving new life for people who are waiting on a transplant - both now and into the future.”

Concluding, Fiona Loud, who as a kidney transplant recipient is shielding and attended the meeting virtually alongside William Johnston, Kidney Care UK Northern Ireland Advocacy Officer, said: “At Kidney Care UK we are very much looking forward to joining with the entire organ donation community to play a full part in promoting the public consultation and welcome the fact that the Minister is consulting from the position of supporting the implementation of an Opt-Out system for Northern Ireland.

“This is a hugely significant announcement for those waiting for a transplant and we welcome this major step from the Minister.” 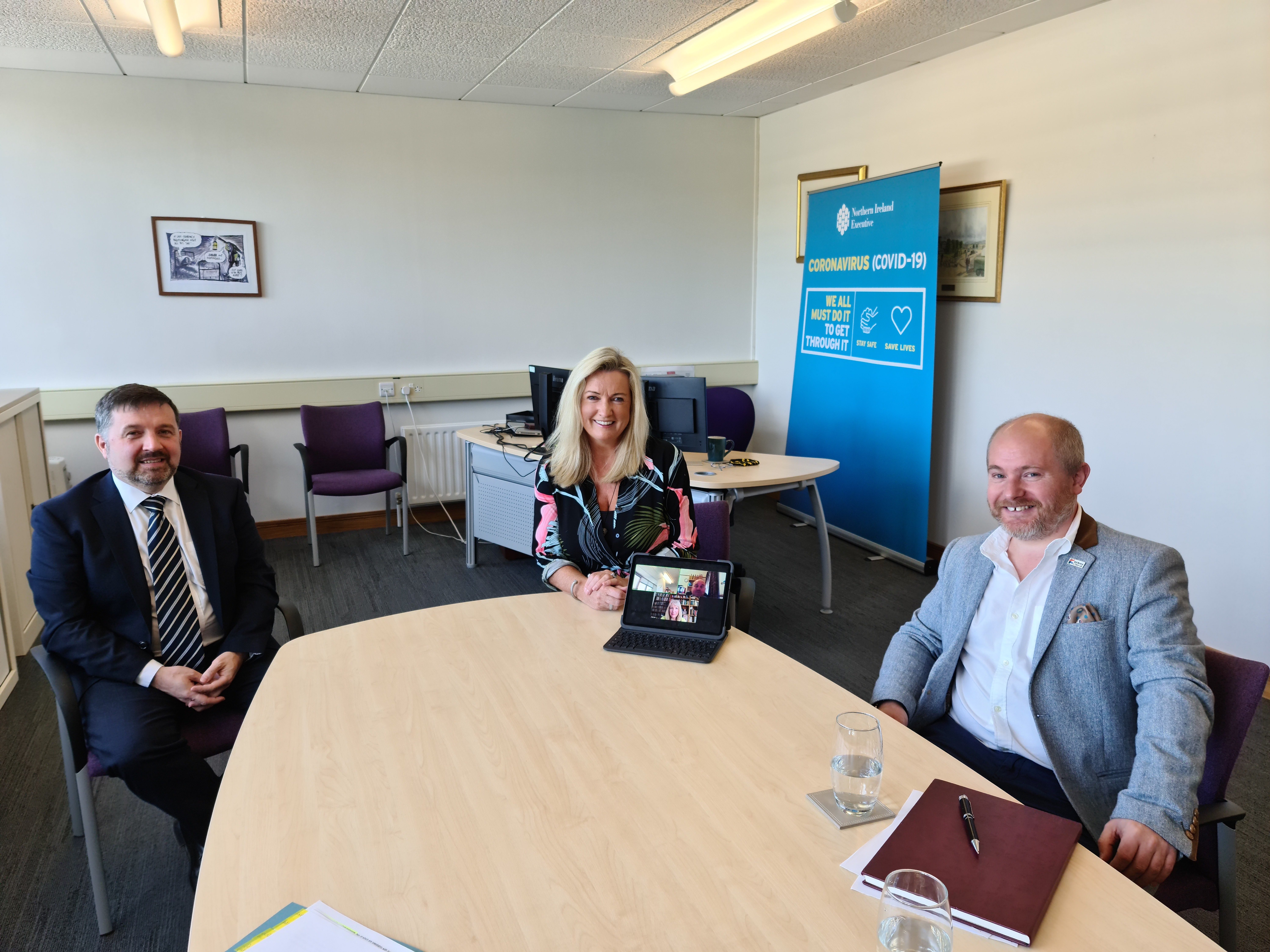 We are concerned about the impact having no Health Minister will have on the introduction of the Northern I...

“I always tell myself that things take seconds to destroy but ages to fix, so I’m asking everyone to start ...