Jo-Anne, who as a former MLA brought the first Organ Donation opt-out Bill to the Northern Ireland Assembly, said: "Nine years ago, almost to the day, I started the process of moving Northern Ireland to a soft opt-out system of Organ Donation. Then as an MLA, and now as a living kidney donor and charity Ambassador for Kidney Care UK, I believe this positive change will help improve the life chances of those who find they need a transplant.

"I commend Health Minister Robin Swann, the members of the Assembly Health Committee and those who have tirelessly supported change for listening to the Organ Donation family in Northern Ireland. Our local charities, families, individuals and campaigners never lost faith and constantly hoped, prayed and campaigned to make this day possible.

"Bringing Northern Ireland into line with the rest of the United Kingdom is a vital final piece in the jigsaw of Organ Donation reform. Now that the law is changing we must see the promised public awareness campaign come into full force in the weeks and months ahead.

"Our new opt-out system has the potential to be both life-saving and life-changing and heralds the dawn of a new era for organ donation and transplantation in Northern Ireland."

Also commenting, Kidney Care UK Policy Director Fiona Loud said: "As a charity we have been proud to stand full-square in support of a soft opt-out system for Northern Ireland and indeed, working alongside Minister Swann, the Health Committee and the local charities, play our part in it's legislative passage through the Northern Ireland Assembly.

"Whilst changing the law to an Opt-Out system is the right thing to do, it is not the only thing to do to improve the life chances of those who need a transplant. As a charity we will continue to lobby for a fully-funded public awareness campaign along the lines of those already seen in other regions, as well as for full support and assistance to be provided to our healthcare professionals to ensure the capacity exists to undertake kidney transplants when a match organ becomes available.

"Today is an important day for everyone hoping and waiting for a transplant in Northern Ireland but the actions which must follow are absolutely critical to ensuring its success.

“Across the other regions of the country its encouraging to see the difference this law change is making. However, it remains important to make your organ donation decision known to your family as they will always be involved in the discussions around organ donation. Thank you always to organ donors and their families.

“At Kidney Care UK we support kidney patients and their families right across Northern Ireland and remain fully committed and ready to play our part in any way we can.”

This will help some of you on in-centre haemodialysis in the face of the cost of living crisis.

We’re delighted that the name of our new Kidney Care UK teddy bear is… ‘Cuddly Kidley Didley!’ (CKD for short…

Congratulations to everyone who took part, we had an amazing four days in Leeds! 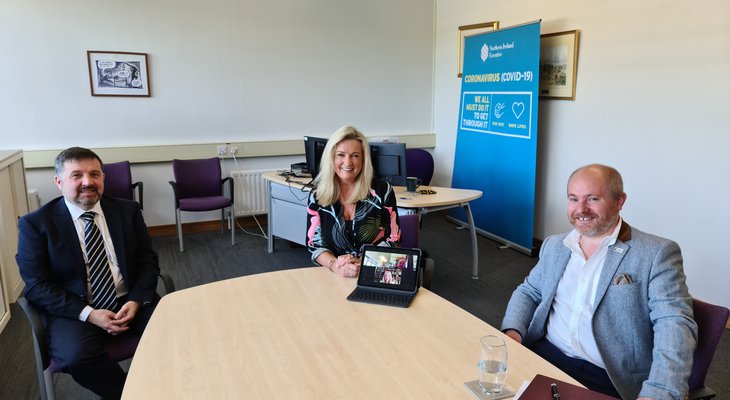