As the nation looks back over the last 70 years to celebrate the Queen’s Platinum Jubilee, we remember how far kidney care has come since 1952.

Kidney donation and transplantation have saved thousands of lives 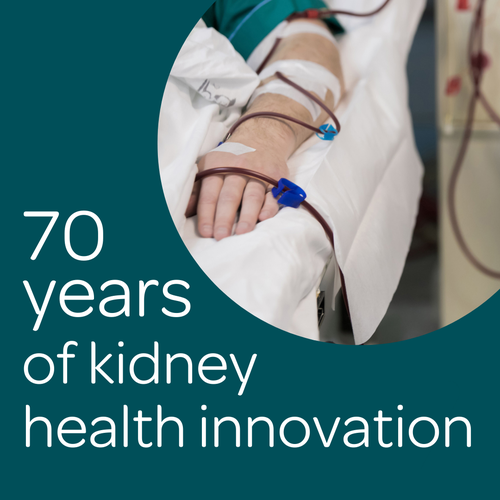 The immunosuppressant properties of a drug called cyclosporine were discovered by Jean Borel in 1972 – it is recognised as the most successful anti-rejection medication developed to date.

In 1971, following encouragement from Kidney Care UK's founder Elizabeth Ward, the first-ever donor card for kidney donation was introduced by the Secretary of State for Health, Sir Keith Joseph. Ten years later this was replaced by a new organ donor card that allowed the carrier to state if they wanted to donate their heart, liver kidneys, pancreas and corneas. In 1985 lung transplants became possible and lung donations were added to the organ donor card. The NHS Organ Donor Register was set up in 1994 – by the end of 1995 more than two million people had registered and 10 years later this figure was 15 million.

In more recent times we’ve seen changes to organ donation as the different countries that make up the UK have brought in ‘deemed consent’ or ‘opt out’ laws. These systems mean that you are automatically considered to be an organ donor unless you proactively opt-out. These were introduced after research highlighted that many people wanted to donate their organs but didn’t get round to adding their name to the organ donor register. In ‘opt out’ systems the family is always involved in discussions around organ donation so it remains as important as ever to ensure your loved ones know what your organ donation decision is. Wales introduced their system in 2015 and opt out donation was adopted by England and Scotland in 2020. Northern Ireland passed their law in 2022.

Dialysis has transformed quality of life for kidney patients

Whilst dialysis machines, membranes and technologies have undoubtedly developed over the last 60-70 years, the fundamental treatment process was first described by Scottish chemist Thomas Graham in 1854. In 1924 a German doctor called Georg Haas performed the first treatment using humans, but sadly none of the patients survived.

In 1945 the first successful dialysis treatment was carried out by the 'father of dialysis' and first person to make a machine that could clear the blood of toxins, Dr Willem Kolff. This proof that an ‘artificial kidney’ could work sparked a flurry of activity across the world. The first patient in the world to be treated by repeated haemodialysis was Clyde Shields, whose first dialysis was in Seattle, USA, in March 1960.

In the 1960s Belding Scribner developed what would later become known as the ‘Scribner Shunt’, allowing simple access to a kidney patients’ circulatory system, and in 1966 Michael Brescia and James Cimino connected an artery in the arm with a vein during a surgical procedure. The vein swelled considerably allowing for repeated access – this technique, the arteriovenous fistula, remains the main access choice for dialysis patients to this day.

Newer forms of peritoneum dialysis were developed in the years that followed.

Kidney Care UK was formed in 1975 as the British Kidney Patient Association (BKPA). Within three years a charity appeal on Granada TV raised £500,000 (and 3,429 bags of stamps and coins!).

The following year, in 1983, The Princess of Wales, opened the new BKPA-funded Paediatric Renal Unit at Yorkhill Hospital, Glasgow.

We continued to ensure our support went to kidney patients who needed it most and in 2012 Lord Coe and Baroness Tanni Grey-Thompson opened the BKPA-funded new Children's Kidney Centre at Great Ormond Street Hospital in London.

If you grew up with kidney disease and were treated in Glasgow, Birmingham or Great Ormond Street it is likely you will have been treated in facilities paid for by Kidney Care UK. 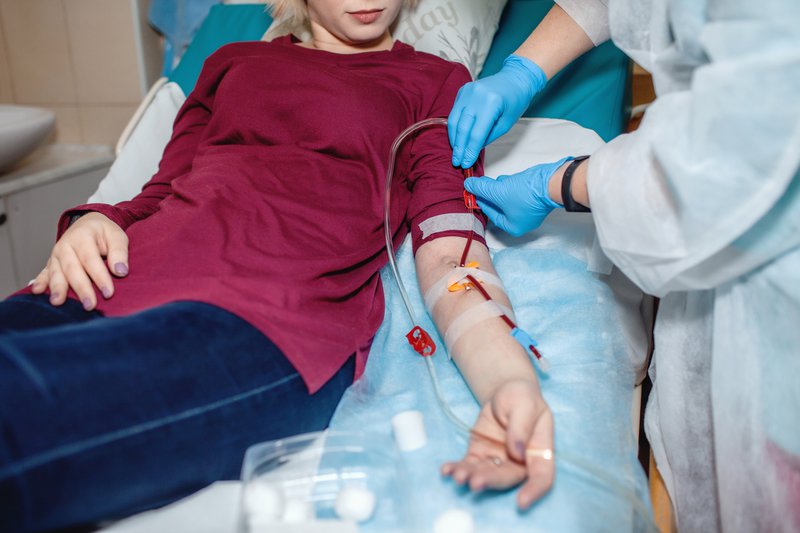 Safety at work for people at higher risk fro…

Are you at higher risk from Covid-19? As we move into the next stage of the pandemic, we explain how to discu…