How times have changed

Sister Jill Armitage, a dialysis nurse for over 33 years tells her story and the changes she has witnessed over the years

When we were told that Sister Jill Armitage was retiring after 33 years dialysing kidney patients on the Scunthorpe dialysis unit, we just had to ask Jill about the changes she has witnessed over more than three decades of kidney patient care. 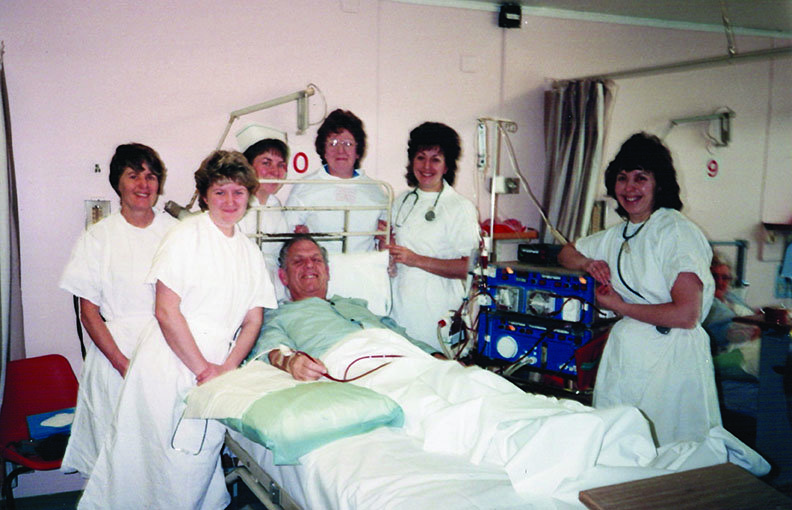 I was only just qualified when I started working on this dialysis unit on 2 December 1985. I had no idea what I was letting myself in for and was certainly unprepared for the role. But my initial though was well, if I don't like it I can move on in six months.

Here I am 33 years later, looking at the next chapter of my life, but also looking back to how dialysis has changed and greatly improved the lives of so many kidney patients.

When I started we used a single needle, single pump, a transmembrane pressure (TMP) button that you manually turned on the machine, and some machines had an ultrafiltration monitor which you could set and others didn't so you had to work off the TMP dial.

Every single patient was anaemic and iron deficient. To combat this, total doses of iron were given to some patients but transfusions were only given if the patient's haemoglobin was below seven. Each machine had a 'reverse osmosis' (RO) water treatment machine attached to it and large flat-plate dialysers were being used that frequently burst and had to be changed mid-session. Patients came into the ward and got changed into their nightwear before coming over to their machine. They all did different hours, some doing three hours and others doing six hours, depending on what the consultant had requested.

The consultant used to create his own fistulas in a mini theatre where I was often a scrub nurse. Fistulas very rarely failed. Gradually, we progressed to double pump, single needle, then on to single pump with two needles.

Here I am 33 years later, looking at the next chapter of my life, but also looking back to how dialysis has changed and greatly improved the lives of so many kidney patients.

Erythropoietin (EPO) was introduced, but was only prescribed for three patients. The dose of EPO was calculated by patient weight and drawn up in an insulin syringe as the dose was so small.

Technology has advanced so much; the machines are now touch-screen and can perform several different treatments. The new machines have the ability to do sodium profiling, ultrafiltration profiling, recirculation studies and blood-volume monitoring. This unit has a water treatment plant where water and concentrate are fed through pipes in the ceiling down into each machine.

All patients are on EPO now and iron therapy; blood transfusions are almost a thing of the past. The patients have such a better quality of life now. 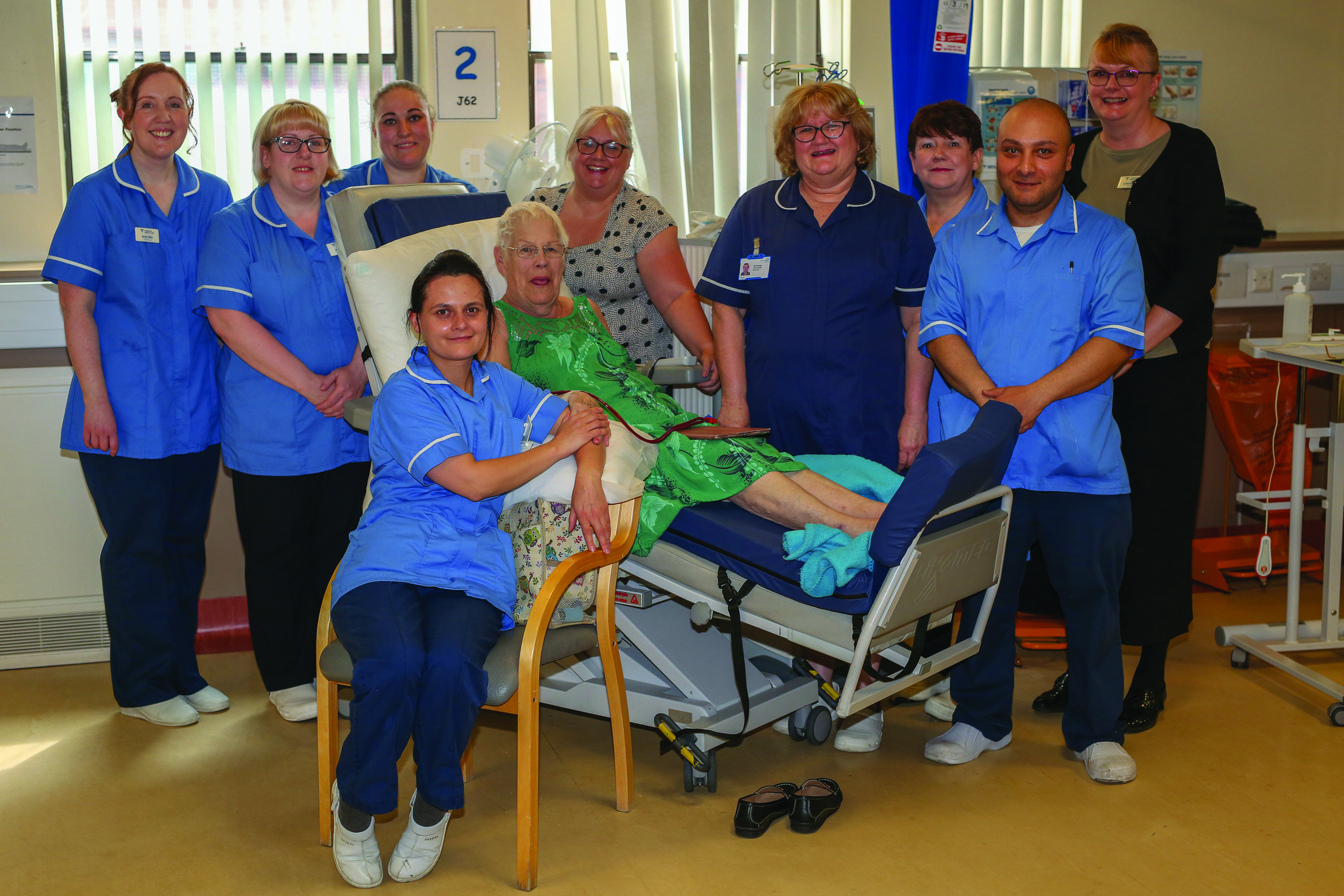 Jill (in centre in dark blue)

I have worked with some wonderful staff, I have a brilliant team now, and we have all supported each other over the years. The renal consultant has also been very supportive and has always been there at difficult times to support the unit.

These past 33 years have also brought great personal triumphs. I now have two grown-up children, two step-children and a very kind and understanding partner. My extended family has also always been there for me and looked after my children at a drop of a hat when I've been called into work to cover a shift unexpectedly.

There are so many patients whom I have looked after during these 33 years here, all ages and from all walks of life. They have all been a pleasure to care for. That said, whoever put my name forward for this is in trouble!

NOTE: This article was first published in August 2019 in Issue 6 of our Kidney Matters magazine

Look after yourself during the colder months with our simple tips to help keep you warm, safe and well this...

Merry Christmas from everyone at Kidney Ca...

The government is issuing a £650 cost of living payment to some people on certain benefits. Kidney patient ...

Haemodialysis involves filtering out waste by passing blood through an artificial kidney machine.