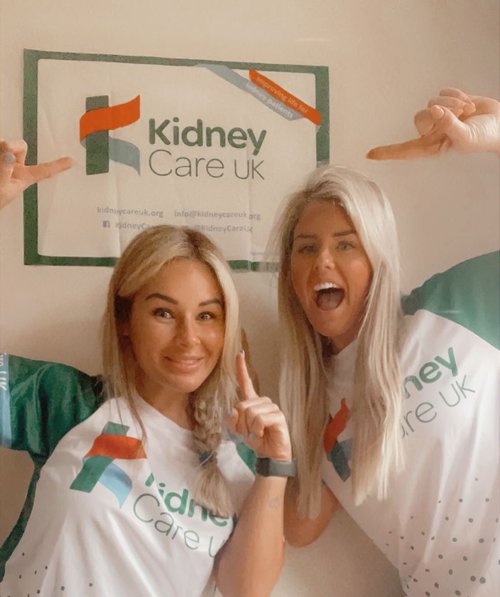 Emily Hopkinson, 32, & sister Olivia, 28 from Halifax, plan to walk 24 miles in 12 hours over the famous Yorkshire Three Peaks on 29 January to raise money in memory of their grandfather Michael Hammond who passed away in December 2021.

Michael was born with only one, very small, kidney and experienced a number of illnesses which meant that when it started to fail 6 years ago, he was unable to have undergo any treatment. He was able to have time with his family and create some wonderful memories that Emily, Olivia and the family want to honour by challenging themselves to walk 24 miles in under 12 hours in the Yorkshire Three Peaks Challenge.

Emily comments, “We wanted to honour Grandad’s memory and do something that would make him proud of us. Walking 24 miles across Yorkshire’s famous Three Peaks in under 12 hours isn’t going to be easy but he was such a fighter to be able to carry on with so many health issues throughout his life so we’re doing our bit to honour the Warrior that he was. Being able to raise awareness of Kidney Care UK is also really important to us because not many people understand the importance of your kidneys or of this charity so we wanted to raise as much awareness and money as we can.”

Lizee Graham, Challenge Events Manager at Kidney Care UK, adds: “There are around three million people in the UK right now who have kidney disease and one thing that many of the people we support tell us is that they didn’t realise how important their kidneys were until they stopped working properly. We believe that everyone with kidney disease should be able to live their lives to the full and it sounds like Michael really embodied this. We’re incredibly touched that Emily and Olivia have chosen to take part in this challenge in his memory, whilst raising money and awareness to help us support more people affected by kidney disease across the UK.”

Emily and Olivia are hoping to raise £3,000 for Kidney Care UK. If you would like to donate to their fundraiser, you can do so here on their Just Giving page.