“I can’t put into words what it means to have been given more time and the chance to gaze at the faces of my beautiful grandchildren.”

"I found out when I had my second daughter 35 years ago that I only have one functioning kidney. It was a bit of a shock as I hadn’t had any symptoms. My kidney function managed to stabilise at 28% for a while and the doctors kept an eye on me but a few years ago it dropped to 23%. I still felt ok but I did joke to my family that I may end up needing a kidney one day. 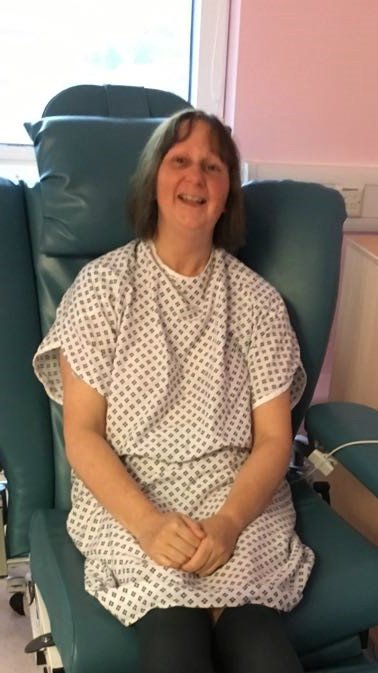 In June 2016 my function fell to 20% and was told I would need a transplant. My daughter and sister both went through vigorous testing and both were a match and keen to donate. The Royal Free hospital in Hampstead chose my sister, Dorothy (right), as the preferred donor as she is older (a few years younger than me) and less likely to develop diabetes as I am a diabetic and my daughter has a 50% chance of getting it and could then need a transplant herself in years to come.

My levels finally dropped to around 11% and I felt really unwell so Dorothy donated a kidney to me on 11th October 2017. We are both recovering well and she returned to work just before Christmas, as a lifeguard and swimming instructor. You could say that she is used to saving lives and she is quite matter of fact about what happened – I don’t think she sees it as doing something special but to me she is incredible. I am truly blessed to have been given a second chance at life thanks to her. I can’t even put into words what it means to have been given more time to enjoy just the simple things like a meal out or a weekend away or just the chance to gaze at the faces of my beautiful grandchildren".

Kim before, during and after her kidney transplant