“I started my part in this transplant story in 2015. My friend Nathan Black (Nathan on the right, with Dean below) was ill, he had previously undergone a kidney 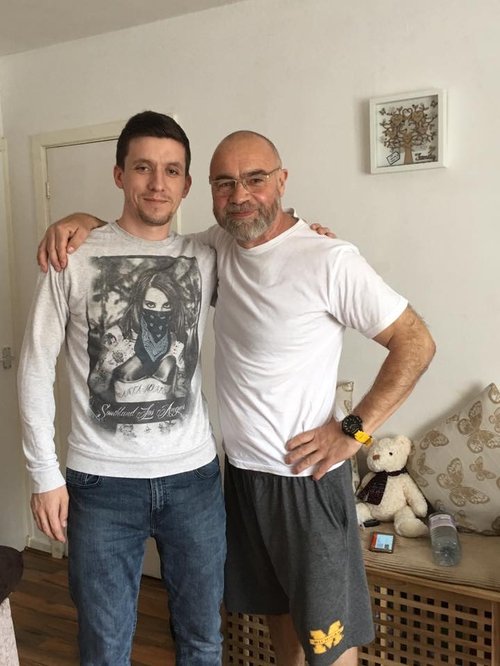 transplant, kindly donated by his mother. Unfortunately, this failed after 10 weeks and so Nathan was back to square one. 3 times a week at the dialysis clinic were making it more and more depressing for my friend.

One day, I innocently asked him how someone could help - and his answer was a simple blood test. I agreed to go ahead and get tested to see if we were compatible. We were told that we were compatible and therefore, the tests could go ahead, and off we started.

Over a year of tests and trips to hospitals got us to, where I went for a meeting with doctors at QE Hospital Birmingham. I was told that due to Nathan's antibodies being so high, the risk of rejection if i were to donate to him was high and therefore donating directly was not an option. To say me and Nathan were devastated was a massive understatement. We looked into a few other options and were told our best shot was the paired donor scheme. We signed up for this, although Nathan's partner Jo had been on this for 3 years since his failed transplant.

Our results were put into the first set of tests to see if myself and Nathan would be compatible. Amazingly, not long afterwards, we received a phone call from our transplant coordinator to say we had matched and the transplant would be going ahead. I would be donating to someone in order to make sure my friend received his second chance!

I was told my transplant would only be a few weeks after Nathan's.

Nathan underwent his transplant and in the following couple of days, his results were mind blowing. After being diagnosed and was told his creatinine was over 1800, it immediately dropped to around 400 the following days after surgery. He would soon hit 200! The change in him was amazing and it made the choice to get involved all the more worthwhile to see him up and about a week or two later, full of life. My friend has his life back.

A week or two before my op, I received another call from Surinder, my transplant coordinator, to say that the person I was paired up to would not be able to make the surgery due to their health deteriorating. I was given a choice of being put back into the paired scheme to see if I would match someone else which would be around 7-8 weeks or I could donate altruistically to the transplant list. I immediately knew that I could help someone come off the list and end their suffering with dialysis and give them a second chance also like Nathan had received. I made the choice to donate to the list and was told a match had been found.

I made the choice to donate to the list and was told a match had been found. 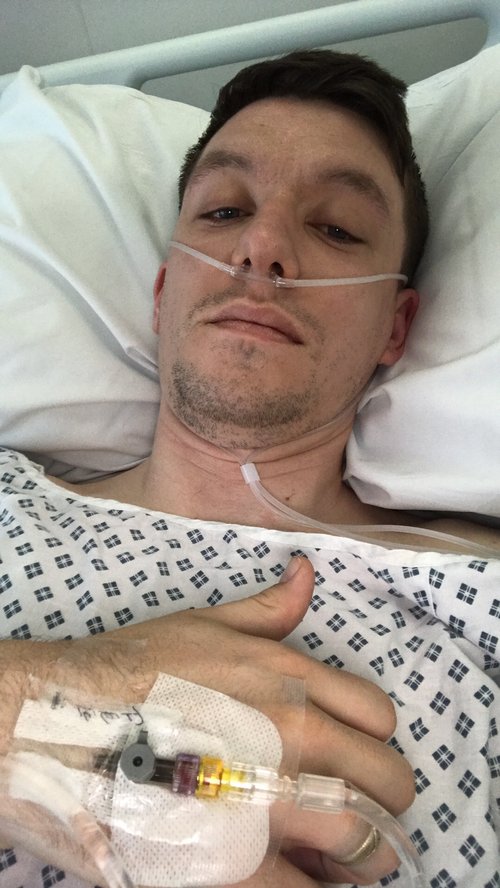 I was admitted not knowing what to expect having never been in hospital in my life! I awoke to Nathan and my wife Adell in the morning who came down to theatre with me to wave me off. The following couple of days were a mix of morphine, tramadol and trying not to sneeze or laugh too much due to the ache of the wound. I was released on having been told that my recipient was responding well to my kidney and had a young family like myself - I am the proud father of three beautiful girls, Isla, Willow and Harper (below) who was born in April 2017.

I received a card from my recipient. I was overcome with emotion and speechlessness . It made it real to see on paper the effect I had made to someone . My recipient was called Carl and was told that he was a father of three boys, the youngest being born a couple of weeks after my youngest daughter. I instantly started writing my reply , eager to tell them of my gratitude for their card and what it had meant to receive it.

The 30th July is a day I will long remember, as my wife received a Facebook message from someone called Kelly who hoped we were the people we were looking for. She said she was the wife of my recipient Carl and wanted to find us to tell us how she felt for what I had done. 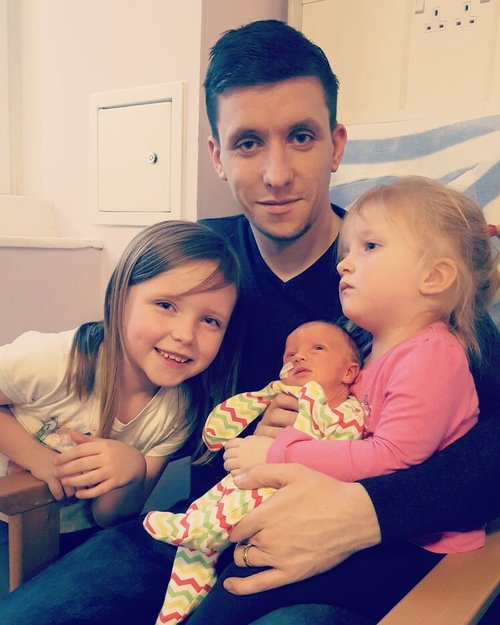 We exchanged many messages that day, finding out that they only lived in Great Barr and we lived in Willenhall just outside Wolverhampton, a matter of miles was separating us. We then discovered that we were in the room next to each other for my entire stay, neither one of us realised. We arranged to meet the following Sunday on the 6th August with our children.

It was an emotional day and one that will be remembered fondly , not just for meeting but because we instantly clicked and it was like meeting old friends. The similarities to each other's relationships was uncanny and we kept repeating how surreal it was and I said I couldn't chosen better if had tried. We have become firm friends since and can see a long friendship ahead with them

I firmly encourage all people to consider donating. I changed two people's lives directly due to this decision and countless family members lives also

It's not an easy decision to make and does require support, something which with the help of my amazing wife Adell and family, I was able to lean on

I will always be thankful that I did this to see the effect it has made. It truly is a life changing thing , and I always say that I would want someone to do it for me if I was in the same position as Nathan and Carl found themselves in

I hope my words inspire someone to do this themselves and will always be happy I did.” 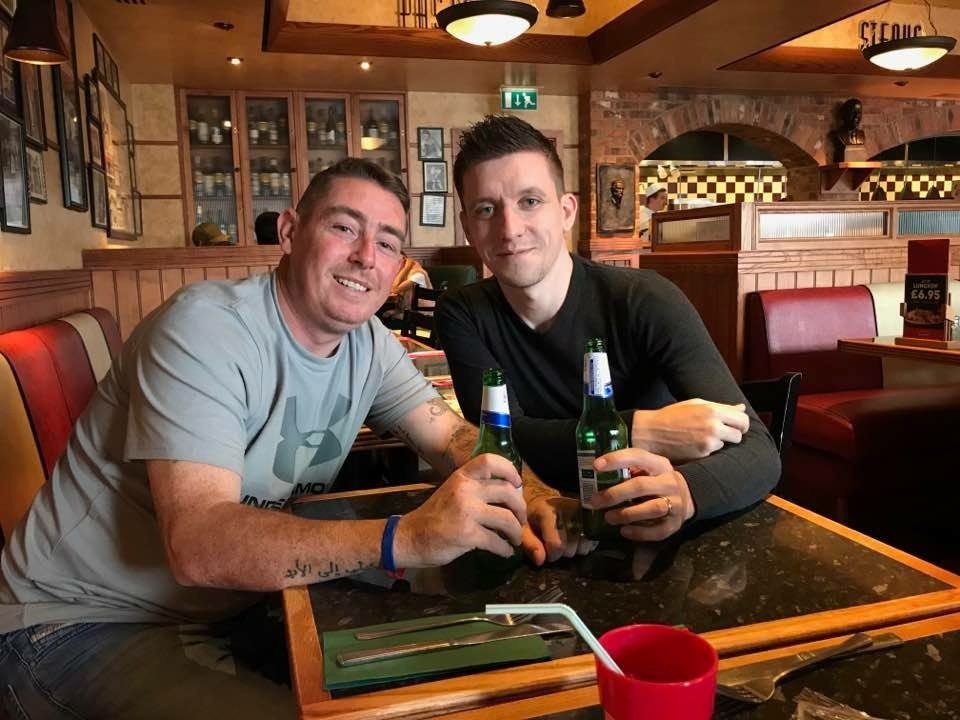