For over 40 years, we have been providing direct support to kidney patients

Our name may have changed but the charity’s ethos remains the same as when we were first established by our founder Elizabeth Ward OBE in 1975 – to improve the quality of life for kidney patients.

For over 40 years, Kidney Care UK has been at the forefront of supporting people with kidney disease.

From our early days when we campaigned to introduce donor cards in the UK, we have worked hard to support and represent the interests of everyone affected by kidney disease. We continue to provide practical, emotional and financial support, work with health professionals to improve health and care services and campaign for change. We are here for the young and the old, for those struggling to make ends meet, for families and loved ones and we fight tirelessly for the rights of kidney patients.

The British Kidney Patient Association (BKPA) launches at the Institute of Directors.

The Duke of Westminster becomes Patron of BKPA.

Auction for BKPA held at Sotheby's. Lot 41 was donated by Her Majesty The Queen.

HRH The Duke of Edinburgh opens the BKPA's and UK's first ever holiday dialysis centre at Bracklesham Bay.

BKPA launches the first School Education Pack on kidney disease with support of the secretary of State for Education.

BKPA grant of over £5 million for Crawley Dialysis Unit

BKPA becomes a major sponsor of the British Transplant Games

BKPA partners with The Royal College of GPs to improve diagnosis and treatment of kidney disease at primary care level. 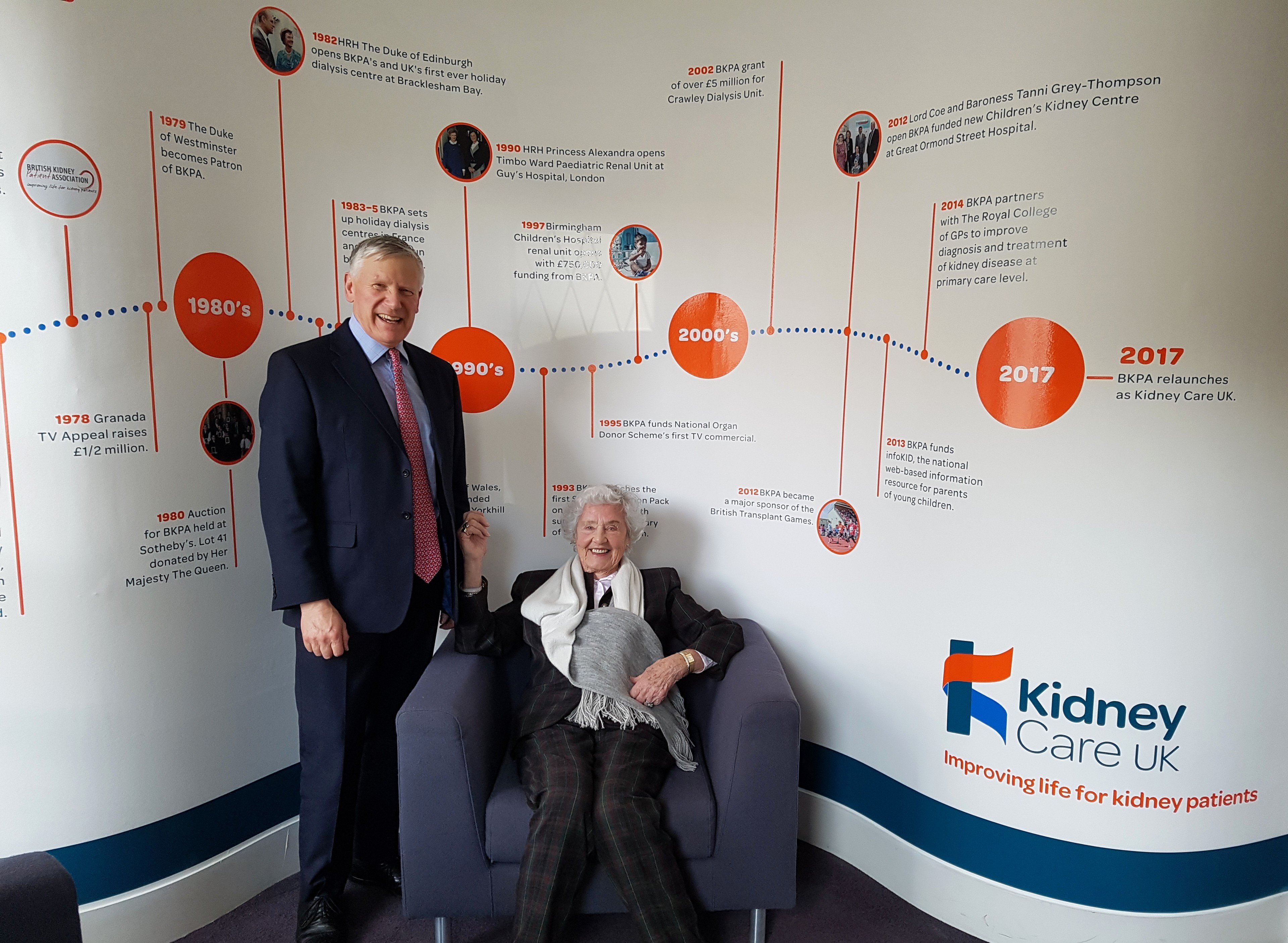